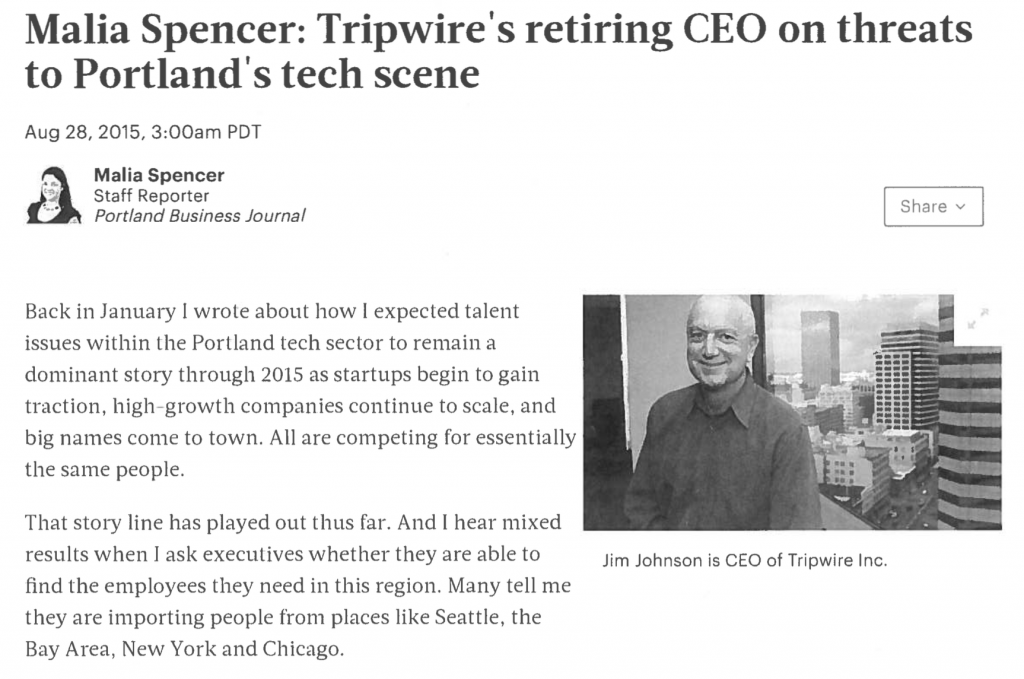 “The thing we run the risk on – Portland is a jewel and there are wonderful things in Portland – but we are tolerant of not-so-good behavior, ” Johnson said.

Johnson said he’s had employees telling him they are concerned for their safety at night around the company’s downtown headquarters  (101 SW Main St) because of the aggressive homelessness residents.

“There are certain thing we as community better make sure we do right to be wonderful place to live and attract families, ” he said. “We need to think about the future.”

This means addressing the homeless issues downtown other challenges …