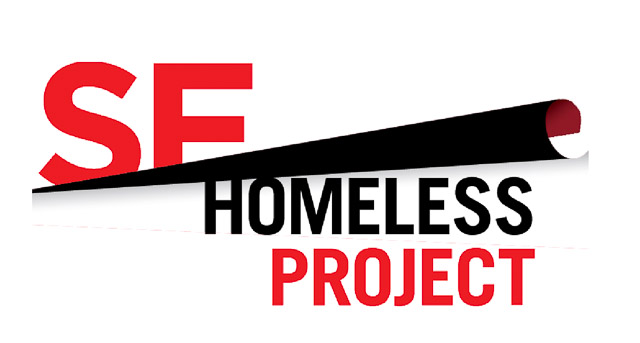 What follows are six unexpected takeaways from the SF Homeless Project’s coverage, starting with the surprising revelation that there were more people living on the city’s streets in the 1990s. These may be some valuable lessons for Portland.

1. May Have Been Bigger Two Decades Back. It’s common to hear San Franciscans say homelessness is worse than ever, and add it to the list of how their city has gone downhill—from the invasion of a wealthy high-tech monoculture to a growing lack of affordable housing for anyone not making six figures.

One surprising takeaway from the project’s reporting is that the number of homeless people on the streets actually may have been larger in the 1990s, according to a historial review by the CBS-TV affiliate. Then, “estimates of the street population topped 8,000, higher than today,” when a 2015 city-run census found nearly 6,700 people. That was before San Francisco, which now spends $241 million a year for homeless programs, and another $150 million a year on emergency services for the homeless, put those programs in place. However, nobody can precisely say how many people are living on the city’s streets. Estimates range from 6,686 from that one-night census in 2015 to larger estimates from the city’s health department. Those on the street include a sizable number of LGBT youths as well as growing numbers of older people. Nearly half are African American. Sixty percent have alcohol or drug abuse histories, the Chronicle reported, and half struggle with depression or serious mental health issues.

2. The City’s Budget Keeps More People Off The Street Than On It. The most obvious solution to homelessness is to provide housing, temporary or longterm. That’s what other locales, like Salt Lake City, have done. But San Francisco’s lack of low-income housing options goes back decades, when the federal government and states began cutting back public housing subsidies in the 1970s, mental health programs in the ’80s and welfare programs in the ’90s. In recent years, a series of San Francisco mayors went the opposite way and began spending millions for shelters and subsidized housing. That’s where most of the city’s homeless funds are now spent—keeping as many or more people off the street than are now living on it.

“Where does the $241 million go?” CBS-TV reported. “Fifty million each for shelters and health services, leaving $141 million. That is not spent on people on the street, but to keep people in permanent housing—9,000 people who are not counted as homeless, 3,181 in temporary shelter and 3,505 on street.” In other words, most of the money City Hall spends keeps greater numbers of homeless off the streets, even though what people see and complain about are those on the street. The public just isn’t aware that the city is already housing thousands of people who would otherwise be homeless.

3. Lack of Government Coordination Keeps People On the Street, But Non-Profits Aren’t Much Better. But even as the city is taking care of many more homeless people than is widely known, the government and non-profit safety net isn’t exactly user friendly, the media outlets found. One big takeaway was there are too many narrowly focused agencies following their own protocols. That not only fails to treat homeless people holistically, it creates red-tape deterrents for those willing to seek help. For example, street people interviewed by reporters about going to shelters frequently replied, “Come on, have you ever been there?” They don’t want to be fingerprinted and treated as petty criminals, they said.

The city manages its homeless programs through eight different departments, leaving people to ricochet among service providers at shelters, hospitals, police stations, etc. But there also are some 75 non-profits and private organizations with 400 city contracts for homeless services, the media reported, and they weren’t much better coordinated. The Chronicle’s front-page editorial starting its coverage called this mix of public and non-profit agencies a local “homeless industrial complex” that was largely accountable. The non-profit piece of this was a surprise, as these outfits histiocally have been very critical of the city’s homeless services.

The mayor’s office recently created a new single homelessness department and its director, Jeff Kositisky, acknowledged this murky bureaucratic reality. “If you’re homeless, you may need to be assessed three, four different times, answering the same questions each time; it’s unfair, inefficient and not respectful of people we’re trying to serve,” he said, pledging to change that status quo. “Clients have to get into many different lines to access services, and we’re going to ask them to get into one line.”

4. Small Minority of Homeless Cost the Most. Stepping back, the Chronicle found that other big cities—Boston, Atlanta, New York City and Washington, D.C.—“have more homeless people per-capita than San Francisco,” according to federal estimates. But San Francisco has the highest proportion of unsheltered homeless, 511 people on the streets for every 100,000 residents, they found, adding that a sizable number have very serious medical and health problems.

The Chronicle reported that the homeless cost the city about $150 million last year for emergency services, such as ambulance rides, emergency room visits, sober living centers, etc. But about one-fifth, or 1,320 people, cost $106 million in emergency medical and mental health services, each averaging $80,000.

5. Private Sector Has No Record of Providing Housing Solutions. Every social service provider agreed that the first step in stabilizing the lives of homeless people was getting a roof over their heads so they can begin to deal with other problems. This goes beyond a new trend in the city, where groups have been giving the homeless tents to live in, making them more visible and leading to sprawling encampments. But tents are no substitute for brick-and-mortar shelter, which has been in short supply for years.

As Tim Redmond, the former San Francisco Bay Guardian editor wrote for the website 48hills.org, it wasn’t simply the retreat by government subsidies that created homelessness. Progressives in government—even in this liberal city—took the same line as their conservative opponents, saying that the private sector had to build the needed housing stock. Of course, that didn’t happen then and is barely happening now—even for the city’s working- and lower-middle-class residents.

“Why didn’t we build more housing in the 1980s?” Redmond wrote. “I was here, and I can tell you that we tried: The left, the progressives, begged and cajoled and organized to demand that office developers build housing for the new workers they were bringing to town. But no: Investment capital ruled city planning then, as it does now, and the quick money was in offices, so the private sector would build no housing.”

Fast-forward to today and despite a building boom—primarily targeting techies—the private sector still is not filling the void, nor can it be expected to. Redmond’s point is that government has to create housing for the homeless, but that’s still not recognized by political and business leaders. “The developers, the speculators, and the real-estate industry, who see housing not as a social good but as a commodity to be sold for the highest possible profit, are allowed to determine what gets built, for whom, and where.”

6. Many Homeless People Are Victims of Larger Forces and Not Criminals. This conclusion came through listening to people tell their stories, which often included bad luck, economic hardship, and for women, domestic abuse—not just a result of untreated mental illness or drug abuse. As Damon Francis, interim medical director of Alameda County Health Care for the Homeless, told SFPublicPress.org, “We should be asking, ‘what happened to you?’ not ‘what’s wrong with you?’”

But that’s not the dominant media narrative, Redmond wrote, even in San Francisco. “People who are homeless must have done something wrong with their lives. Even the rare sympathetic news media coverage focuses on drugs, mental illness, crime, job losses … There is never the suggestion that people who live on the streets are victims of a system that the political leadership either helped create or tolerates.”

The SF Homeless Project’s coverage highlighted many nuances of the problems surrounding homelessness, poverty, mental health, social safety nets and service. It was not without critics, especially from those who have spent decades trying to help the homeless—who said it made an everyday occurrence appear as a crisis. That said, some of the more thoughtful pieces that stepped back and looked at the project were cautiously optimistic it would reframe the way the city’s political leaders faced the problem.

As Caleb Pershan concluded in a media history and criticism piece for SFIst.com, “The best thing that could come of this project… is to move the conversation beyond ‘the worst it’s ever been’ or the brand new ‘new normal, and recognize that just because our city is very pretty and rich, as cities go, this isn’t a unique problem that’s grown out of anyone’s control. And of course it’s solvable — which is true of many of society’s deepest and most complex failures… so that someday, people in poverty or those with mental illnesses won’t be treated like problems, they’ll just be treated.” 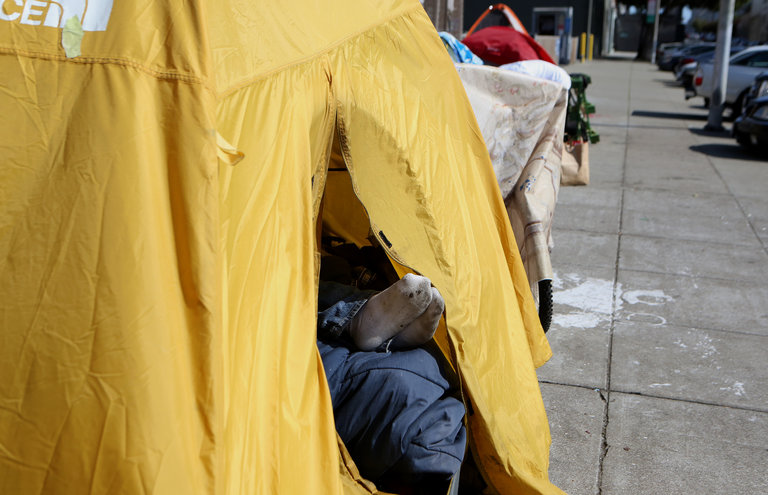