The most striking thing about Commissioner Fritz’s upcoming Town Hall is that the crisis in Portland’s parks  didn’t even make her agenda. Our Commissioner of Parks refuses to acknowledge that city parks have been overrun by traveling gangs with no interest in emergency housing.

At the Sept 1 “North Park Blocks Task Force” meeting at City Hall Fritz made a brief statement “parks are for people” and if we try to limit the “stuff they bring into the park, people won’t be able to hold weddings in the parks.” Then she cited a scheduling conflict and left the 90 minute meeting after only 20 mins. She did not hear the concerns of the North Park Block’s businesses and residents, nor the solutions offered by many city / county officials and social service agency representatives assembled by Mayor Hales.

Portland deserves safe and livable parks and public spaces and it needs a Park’s Commissioner interested in that goal. 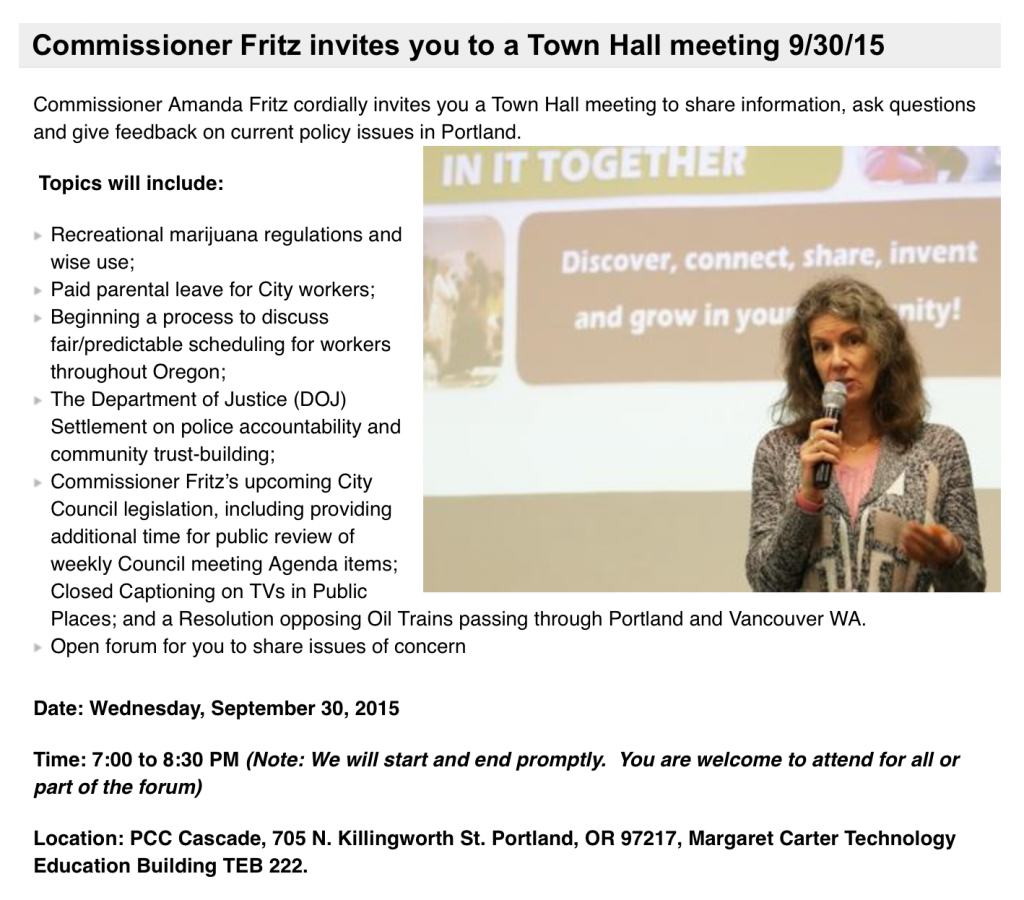