Portland’s homelessness crisis hit a fevered pitch Wednesday as a new coalition sued the city and Mayor Charlie Hales, calling Hales’ pro-camping policy an illegal abuse of power because the City Council never signed off.  Full story at the Oregonian

… If successful, the lawsuit would force the City Council to officially greenlight Hales’ plan or revoke it in favor of a compromise that includes public participation and stricter enforcement of existing anti-camping laws

…  The lawsuit is a remarkable event in the city’s checkered history dealing with homelessness. In the past, civil-rights advocates have successfully sued Portland over unconstitutional sidewalk rules and anti-camping laws that didn’t account for the belongings of homeless Portlanders.

But the enforcement pendulum began swinging last year when the City Council approved a housing emergency and camping became more prevalent. In December and January, police responded to two confirmed stabbings at homeless camps and last month a homeless man was shot at a Southeast Portland camp near a preschool. 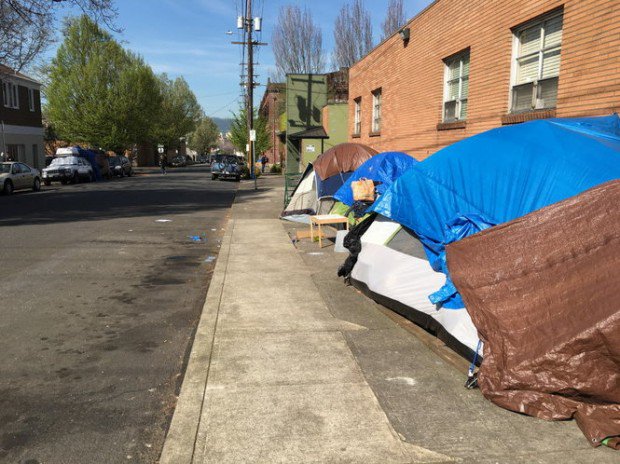